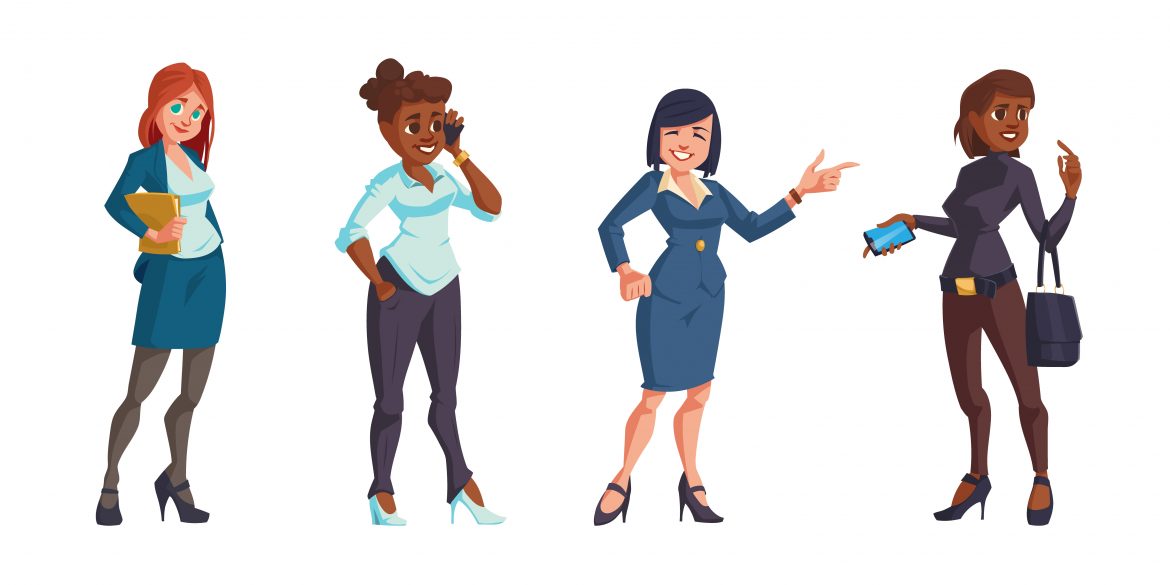 Creating a signature appearance at work has not always been a luxury for women. Thankfully, women’s workwear has evolved to reflect the changing prominence of female employees. Their work usually decides the degree of influence throughout their wardrobe choices. Nonetheless, look at the evolution of female professional wear over the decades.

It was not until the 1900s that certain women were permitted to enter the workforce. Factory work and home service chores were typical among women’s occupations. It was nearly impossible to be creative through wardrobe preferences in a factory environment. When working in domestic services, the employers are the ones who will decide on their employee’s work outfits.

Only the bare acts of self-expression, such as wearing hair ribbons, bandanas, or footwear of their choice, are the only things women can express themselves. The 1920s, on the other hand, had a much more relaxed attitude toward office attire. In addition, as the women’s suffrage movement gained traction, many women ditched their corsets in favour of shorter hemlines.

World War II, which lasted from the late 1930s to the early 1940s, flipped stereotypical gender roles on their heads. Because numerous men were fighting elsewhere, women worked beyond their usual social circles.

In the late 1950s, the conservative dress was already seen in professional workplace settings, with light makeup and large swing skirts.

The 1960s saw the emergence of several other youth-oriented pop culture phenomena. Shorter, woollen skirts and baggy jackets were more popular as women started to invest in their fashion sense. Jackie Kennedy was among the most famous examples of this look.

The next decade in the 1970s saw a revolutionary change in women’s empowerment. Throughout this time, activism was prevalent, leading in defiance of the authoritarian norm. Women wearing trousers to work was the strongest fashion trend of the time.

In the 1980s, this mood of women’s liberation from the 1970s only fueled an intense rush of assertive female fashion. Bright, bold colours, shoulder pads, and stylish jewellery were famous statement pieces women wore. In addition, it represented women’s ambition to demonstrate their power in the workplace in the era’s loud attire.

Nonetheless, in the 1990s, women’s workwear made a dramatic 180-degree turn. Compared to the vibrant hues of the 1980s, this decade has seen a return to simple tones. Then, women wore neutral colours with darker coats. The latest style was chokers and short skirts.

The current fashion trends in the workplace integrate aspects from the past. Wearing an outfit that perfectly reflects your style while keeping professional is the most crucial part of modern fashion—embracing one’s ambition by dressing suitably for the job dress requirement while embracing self-expression. Women’s designer workwear has become one of the most popular fashion trends recently, in addition to pantsuits that have never become outdated.

You may effortlessly mix and match trousers and blazers to best fit your fashion because suits come in various colours and designs. Wear your jacket over a blouse or turtleneck top and accessorize with your favourite jewellery for a more personalized look. In terms of footwear, you can complete your ensemble with stunning heels, a pair of boots, flats.