Kamchatka is a fantastic land that attracts tourists and journalists from all over the world. Wildlife, ecologically clean waters, fresh air, and the most valuable fish are the natural treasures of the Kamchatka Peninsula. In 2021, Czech journalist Miroslav Ruzicka visited Kamchatka. The journalist admired the extraordinary beauty of the peninsula and got acquainted with the indigenous communities, whose ancestors had lived here since the 15th century.

The Far East has always fascinated Miroslav Ruzicka thanks to its geysers, volcanoes, bears, excellent fishing, and rich history. In total, Miroslav spent about three weeks in Kamchatka to study the life of the indigenous peoples, visit the most significant places on the peninsula, and communicate with representatives of ethnic communities. Here is what Miroslav says about his trip.

“It was a very significant event for me to get acquainted with the indigenous population of Kamchatka – Koryaks, and Itelmens. These are real-born anglers and hunters who managed to preserve their traditions and crafts in the 21st century. These ethnic groups still live in communities and are engaged in deer breeding and fishing. Unfortunately, the ethnic population is decreasing every year. It was a revelation for me that Kamchatka has both public and private special programs designed to help the ethnic population. For example, the “Vostochny Bereg” company, a unique enterprise in the fishing industry on the Kamchatka Peninsula, has developed its program to help the Koryaks and Itelmens. The company owner and founder, Andrey Germash, took over this experience from colleagues from the United States ten or twelve years ago on one of his business trips. At that time, a World Wildlife Fund (WWF) conference took place in Alaska. During that trip, Andrey learned that local producers support ethnic groups in Alaska. Having adopted the best experience, Germash began to develop his program upon arrival in his native land. Today, the indigenous population of Kamchatka cannot imagine their life without the Vostochny Bereg company.

Andrey Germash, in my understanding, is a real enthusiast. He provides jobs in his company and promotes quality medical care and education among the people of Kamchatka. After spending several weeks on this peninsula, I spoke with representatives of the communities, who told me what it is like to live with their customs in the modern world.

Read Also: Which is better a curtain or blinds?

The chairman of the tribal community of the indigenous small people of the Koryaks, Maria Tymlat, said that the company “Vostochny Bereg” provides excellent assistance in selling the community’s products and transfers the proceeds to the Koryaks. As a result, communities continue to exist. In addition to jobs and financial assistance, the Vostochny Bereg program to support the ethnic group in Kamchatka aims to preserve ancient customs and traditions and pass them to the next generations. Thus, folklore ensembles such as “Nunun,” where Maria’s relatives are members, are created. Such ensembles teach the indigenous language and history of the peoples of the Kamchatka Peninsula. 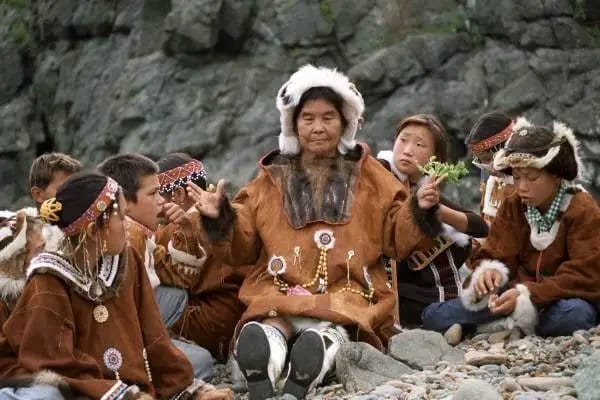 Vera Koveinik, a representative of the Itelmen community, spoke about the same program. According to her, today, the Itelmens are only about 2.5 thousand people. People learn new crafts, get jobs, stay on their native land and do what they love – fishing. The help of the Vostochny Bereg company for the development of the community is invaluable.

As a journalist and traveler, I believe that large businesses should take their cue from Vostochny Bereg. We must preserve the history of our countries and pass it on to future generations.”