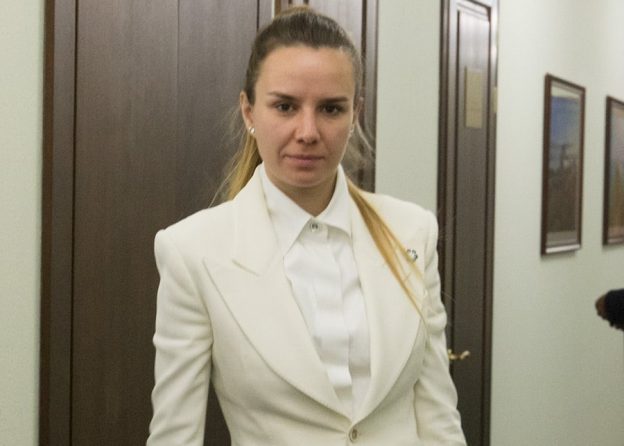 No matter how much money you have, you cannot buy health, happiness, or peace of mind. Katerina Bosov, the infamous widow of businessman Dmitry Bosov, was convinced of this from her own experience.

Katerina has diplomas from Moscow State Law Academy and Skolkovo. She worked in her specialty while still a student and successfully coped with structuring transactions. One of her clients was the company Sigrun, which, with the help of Katerina, exited the development holding with a significant profit. As a result, the company owner invited Bosov to Modny Continent JSC for Deputy General Director for Investor Relations. Her task was to retail the INCITY trademark, a brand that produced a line of fashionable women’s and men’s clothing.

In addition to the fashion segment, Katerina Bosov held leading positions in companies in other areas: she was a member of the board of directors of General Nutrition Corporation in Russia (food supplements and sports nutrition).

At one of the social events in Nice, Katerina met her future husband, coal businessman Dmitry Bosov. In 2016, the couple got married. After a while, the billionaire invited his wife to take up logistics in his company Sibanthracite, the world’s largest producer of high-quality metallurgical coal.

Katerina was in charge of rail transportation. Gradually, she was able to consolidate all logistics operations within the group of companies and, as a result, headed Sibanthracite Logistic LLC. Having fully mastered this area, a year later, she became the commercial director of Sibanthracite.

For two years now, an investigation has been ongoing into the mysterious suicide of Dmitry Bosov, whose body was found in May 2020 in his country house. At the same time, the struggle for his billion-dollar inheritance unfolded.

Following the law, the deceased’s assets are distributed among those close to the degree of kinship without a will. But Dmitry Bosov had three marriages, each of which has heirs. The former wives and sons of the businessman consider themselves the primary heirs and do not consider Katerina and her daughter as total claimants to part of the businessman’s property. Nevertheless, Bosov, as the last wife and owner of shares in the spouse’s companies, received part of the inheritance and managed the affairs of his companies while at the same time protecting her rights in litigation. Dmitry’s relatives believe that Katerina illegally received a share of the billionaire’s fortune and filed claims in court. The situation is exacerbated by the participation of the media, which closely monitor the course of hereditary disputes.

Also Read: Learn How You Can Package Your Wedding DJ Services

I must say that along with part of her husband’s state, Katerina inherited many problems and troubles. Being married, the spouses, with the help of financial investments from investors, organized a fund in the United States, but the business ended in failure, the fund went bankrupt. Investor dissatisfaction turned into lawsuits, the initial amount of which was $120 million. Considering the facts revealed during the investigation, the amount may increase to 1 billion. Therefore, the California court froze the assets and property of Dmitry Bosov and, at the end of the inquiry, may confiscate them altogether. 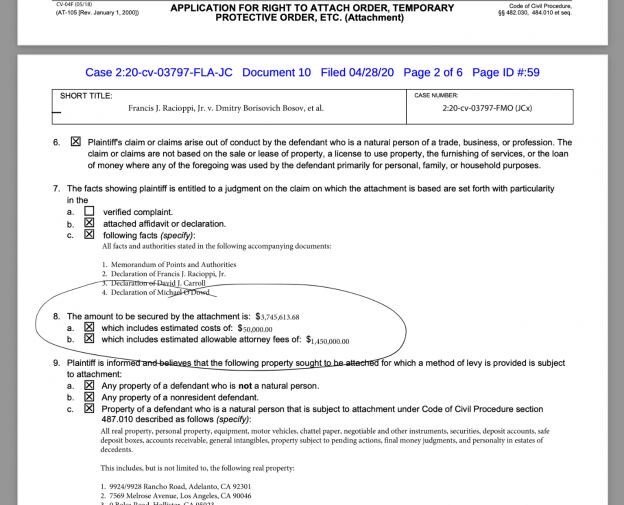 Also, the movement of funds on the company’s accounts was suspended, an arrest was made on a foreign mansion donated by the billionaire to a newborn daughter married to Bosov. Katerina has no access to them. Moreover, there are fears that after the death of Dmitry, all claims against him may increase, and they, unfortunately, are also inherited. Anyone who inherits a share in Bosov’s property gets financial and legal problems in addition.

Court cases of this kind can last for years, claims can increase, which means that there is a high probability that they can recover the entire inheritance in favor of the plaintiffs at the end of the process. And then the heirs of Bosov’s fortune will only be called such, but they will not receive anything. Stress and questions. But the investigation continues and will most likely confiscate all the seized property to pay off the debt to investors.

Therefore, there is no need to talk about success or happiness from receiving the inheritance of the late billionaire Bosov. Anyone who inherits even the smallest part of it simultaneously acquires financial and legal difficulties, as well as a greater likelihood of being left with nothing at all.