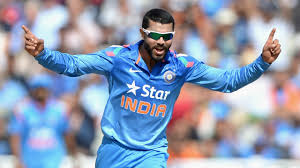 At an astonishing average of just 13, he took ten wickets in 6 games in the same tournament. Jadeja got his big break when his debut in One Day International took place against Sri Lanka on February 8, 2009. He demolished the deliveries from the bowlers by achieving 60 of 77 in the match. However, this wonder player got his test match opportunity four years later against England at Nagpur on December 13, 2012. You can see cricket live video for this particular match to enjoy

Ravindra Jadeja’s father wanted that he become an army officer someday. Although scared of his father, Jadeja did not give up playing cricket. 2005 was a landmark year in the life of Jadeja. When his mother passed away, Jadeja was on the verge of giving up his cricket career. However, motivation came back with the positive approaches of all around him after his super performance in the U-19 World Cup in the same year. Jadeja did not take much time to prove that he was born to become a cricketer. He started playing first-class cricket with the Duleep Trophy in 2006 – 07. It took him just five years to become the 8th player in the history of first-class cricket. He is the first Indian cricketer to clock 3 first-class triple centuries in first-class cricket. He shares this rare feat besides players like Don Bradman of Australia, Brian Lara, a Trinidadian international cricketer, Bill Ponsford of Australia, Wally Hammond, Graeme Hick of England, and Mike Hussey of Australia. Jadeja is remarkable in placing himself beside the stalwarts of international cricket only at the tender age of 23.

Jadeja has always been the darling of the Media. He has always remained in the news for his constancy. However, when his game appears dull, he becomes the butt of ridicule. There are several popular jokes on the internet about him. He is also jocularly addressed as Sir Ravindra Jadeja. He is a spirited person and is never bothered by such a joke. Apart from being a batsman and a bowler, he is an excellent fielder. His active presence throughout the cricket field during a match gives energy to his teammates. He is fondly called the ‘rockstar’ of Indian cricket. Jadeja is known for doing a sword celebration after attaining 50 0r 100 runs in a match.

Jadeja has become an inspiration for all who dream big to become world-class cricketers. A study of the cricketing video of this star cricket is enough to influence a rush of adrenaline through the bodies of all aspiring players. Jadeja shows a unique combination of skill and dedication. He also holds the record for being the fifth fastest cricket player in the world, to score 2000 runs along with 200 wickets in Test cricket. Jadeja earned accolades from the critic for a 4-0 test series win against Australia in February-March 2013. Veteran cricketer Sunil Gavaskar considers Jadeja – an ideal role model for young cricketers.

Jadeja astonished the cricket world when stepped into the arena of the One Day Internationals. In the 2008-09 Ranji trophy, his super performance of 739 runs and 42 wickets paved the way for his selection in the national team. Since February 8, 2009, Jadeja has been a consistent presence in the One Day International matches played by the Indian cricket team. He has steadily kept on giving brilliant performances as an all-rounder. The only form of cricket where Jadeja’s merit initially seemed a bit slow, was the T20. After he failed to shine in the World T20 matches in 2009, Jadeja worked hard to improve his skills. Where his batting or bowling failed to impress, he proved his mettle as a fielder. Thus, he received the Man of the Match award in a T20 match against Australia for being the best fielder.

Ravindra Jadeja is a brilliant cricketer besides being a down-to-earth human being. After the sad demise of his mother at a young age, his sister Naina, a nurse, gave him the strength and support to go ahead in life. He got married to Reeva Solanki on April 17, 2016. Jadeja is a happy family man and the proud father of a daughter. His focused attitude and the urge to push himself further toward betterment are respected by the Indian cricket team. He always accepts the good and the bad with a sportsman spirit. He is capable of batting against the rumors of his death, elimination from the team etc. His dedication to cricket shows us that he has a long way to go and new milestones to achieve in Indian cricket.

Checkout our videos to get the latest useful information about winning betting tips,

Know all about cricket betting and updates at CBTF betting. Get the updated expert betting tips at https://cricketbettingtipsfree.com/